I want to convince you that this time it really is different.
Its fundamentally different because the silicon valley is bursting out of tech.
In the earlier generational shifts of computing paradigms from mainframes to client server and then from client server to internet, we were primarily still constrained by the IT budget.Gartner predicts IT spend to grow a meager 3% this year which is still much better than the historic growth rates. So, clearly we can’t create 100s of billion in new value within this constraint. Or can we? 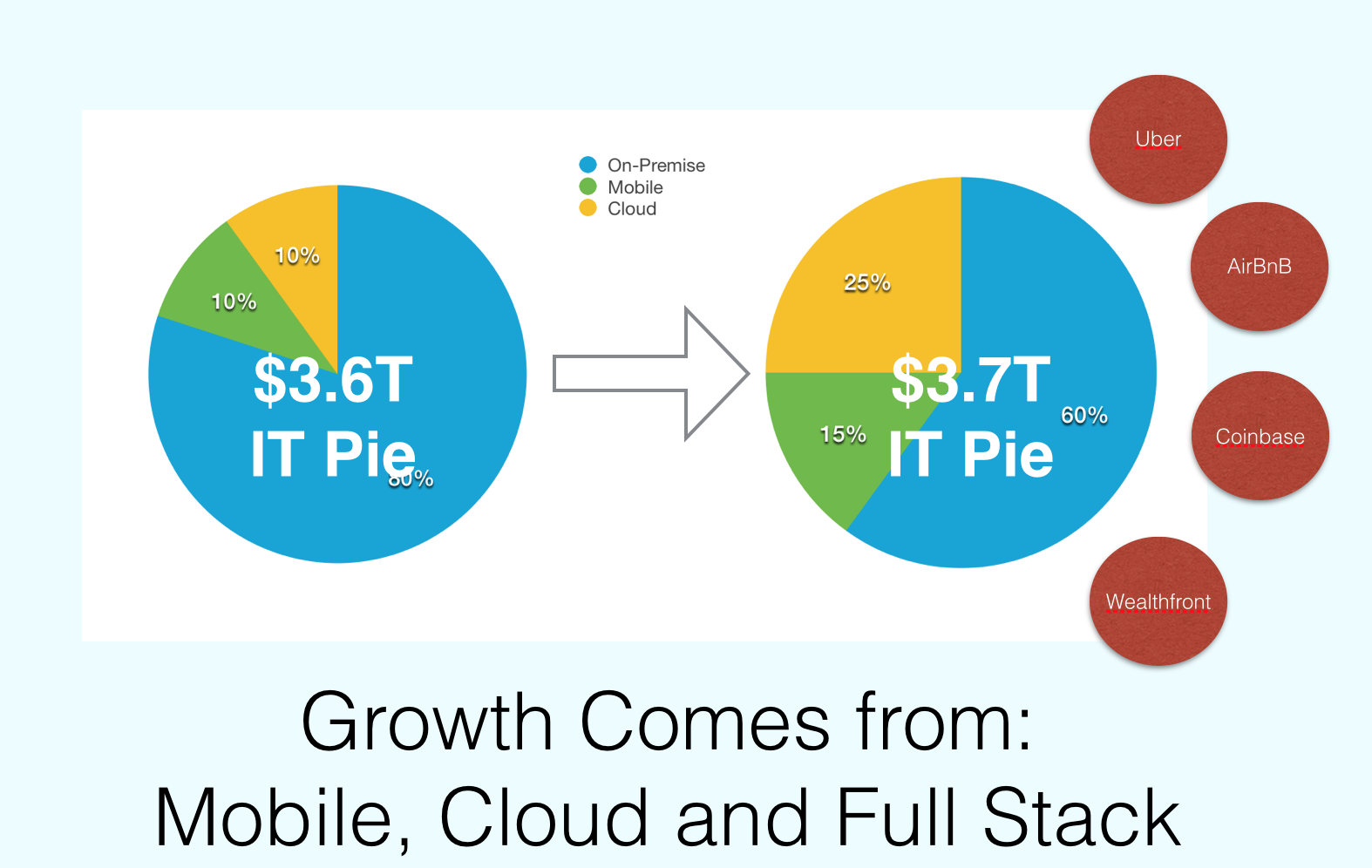 We have 3 reasons why Silicon Valley is going to be bigger than ever:
There in lies the answer: mobile and cloud enable are enabling digital disruptions that are turning vacant rooms into hotels and personal cars into taxis. This is not your grandfather’s IT budget. This is not even IT. This is IT enabled disruption of entirely new industries and markets.
Oracle, IBM, HP, Salesforce, Box, Dropbox, EMC, VMware, Workday are all in the business of meeting the software needs of companies. These companies collectively represent 100s of billion in market cap and revenue potential. But this all comes out of the Gartner’s $3.7 Trillion number.
Uber, AirBnB, Wealthfront, Coinbase, GrubHub, Munchery don’t care about the Gartner IT spend. They are the future versions of hotels, banks, wealth management, money transfer, taxis and more.
We have seen this movie before in select few industries – media advertising and retail. Google and its ilk got so big and so profitable because they were busy eating the newspaper and TV’s lunch. Amazon has set its eyes on retail and built a very large business.
People like Chris Dixon of venture firm Andreessen Horowitz call these startups “full stack” companies.
Next time you drive down silicon valley and see a billboard – ask yourself – is this company simply moving the IT dollars around or is it about to eat a whole new industry?